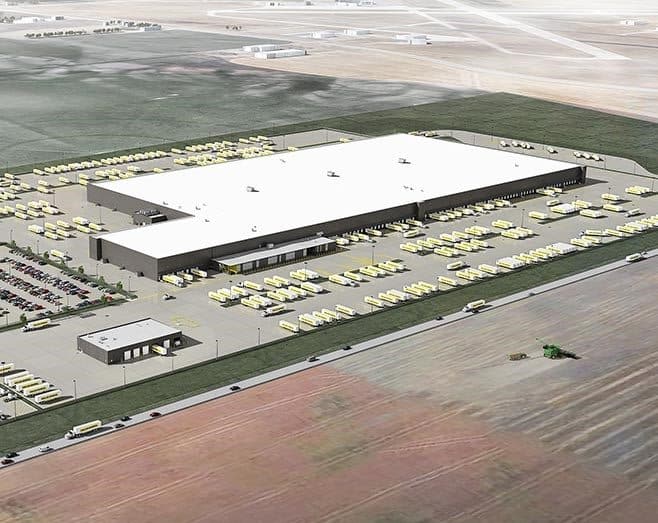 After a successful installation at its 1,000,000 sq. ft. distribution center in Janesville, WI, Dollar General asked CC&N to bid an identical center in Metro Atlanta. The challenge was accepted and the project was completed with ease.

Based in Goodlettsville, TN, Dollar General operates 14,000 stores in 44 states. Known as a “Small-Box” store, they serve smaller communities with cost competitive prices and a very extensive range of products. The efficient operation of and communication with their distribution centers is essential to successfully serving their customers with their wide selection of products in a timely manner.

In early 2017, they needed to increase their warehousing capabilities in Wisconsin and CC&N was pleased to provide the cabling infrastructure for their new distribution center in Janesville, WI. Working closely with the local and corporate team, CC&N designed and implemented a warehouse plan that was “repeatable” in other market areas for Dollar General.

Later in 2017, the plan moved forward for a new distribution center in the Atlanta, GA metro area. Although there were a few unique needs for the Atlanta facility, the design was nearly a duplicate of the Janesville project, which saved Dollar General time and money on the overall project.

To make sure that all was done to perfection, CC&N relocated it’s own team of technicians to Atlanta, who worked side-by-side with a local contractor. Cabling connectivity was provided from a central main equipment room, 8 telecom rooms and required 15 IDFs for all data and voice locations. CC&N also installed the WAPS for the Wi-Fi network. The project was completed within a 5-month window.

Dollar General was pleased with the exceptional quality of the work and that the center was completed on time and within the established budget.